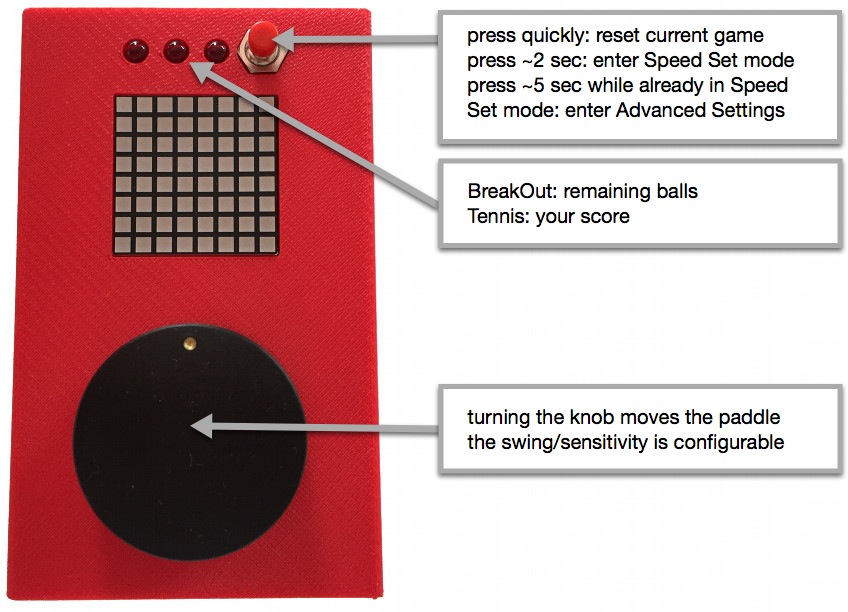 When you start your TeleBall, you’re ready to play BreakOut. The factory default settings feature a rather slow ball speed and a big paddle swing, i.e. you need to rotate the knob heavily to move the paddle. 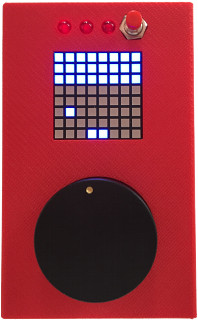 BreakOut is an Arcade classic. Watch TeleBall in action on YouTube to see how it works.

BreakOut is TeleBall’s default mode, so it not only starts in BreakOut mode, but it also reverts back to BreakOut if something goes wrong while playing Tennis for Two. 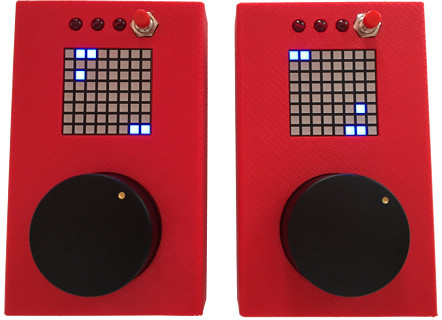 As the name is suggesting, Tennis for Two is a multiplayer game, i.e. you need two TeleBall devices to play it. TeleBall is using radio on the 2.4 GHz frequency to communicate between the devices. Watch it in action on YouTube.

The first two minutes after being switched on, TeleBall is searching for another player. After two minutes, the scanner is turned off, i.e. you might want to restart your devices if you played BreakOut before and want to start a Tennis for Two match.

To start a match, bring two devices into a very close physical proximity and perform the following steps:

Tennis for Two can only be left by switching at least one of the TeleBalls off.

During step (4): If one player confirms and the other does not yet, then the exclamation mark on his screen starts to shrink to indicate the ~8 second timeout. After that period, TeleBall assumes that the other player does not want to join and reverts back to BreakOut.

Instead of confirming playing Tennis for Two using the exclamation mark, the players can also turn their knob to the left side - the question mark is shown - and go back to BreakOut.

Hint: TeleBall will “forget” this speed the next time you turn it off and on again and instead use the default speed. To remember this speed and to make it the new default speed, you need to store it to TeleBall’s EEPROM using the Advanced Settings.

While being in Advanced Settings, you cycle through the following configuration options by pressing the red button and releasing it quickly: 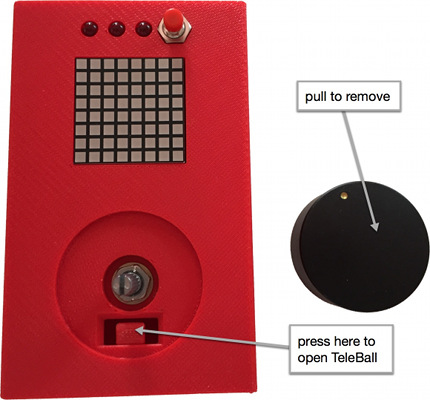 TeleBall runs on four AA batteries. When opening the case, be careful not to damage the speaker, which needs to be placed back exactly into its defined position before closing the case again.